Skip to main content
A Strong Safety Net-For You, For Everyone.

The HealthSpark Foundation has been a long-term partner of our agency, and we were honored to help them develop a comprehensive campaign in Montgomery County, Pennsylvania, to promote support for public investments in the County’s Social Safety Net.  “Social Safety Net” is a term that carries ambiguity and is politically charged. For many conservative voters, it has an extremely negative connotation. For the more liberal, it may be viewed as an essential policy, but one that has been badly mismanaged.  HealthSpark set out to launch an Advocacy Coalition consisting of County officials, nonprofit leaders and program staff, funders, and municipal-level officials to begin educating residents about the importance of reversing the steady decline of support for these programs.

HealthSpark asked us to design a series of strategies for the Coalition, including a central campaign concept and name, messaging framework, and visual identity.  These assets were adapted for a number of deliverables including a Coalition Communications Plan, an Advocate member toolkit, and a full public education campaign to help raise public awareness and support among residents, while the Advocacy Coalition worked to build networks and lobby with local government.  Our public education campaign strategy also included collateral materials for use in ads, billboards, and on social media.

The project began prior to the COVID-19 Pandemic; however, the term was raised to a new level of usage in the wake of the economic and social upheaval caused by the virus.  We needed to define and effectively communicate what the Social Safety Net means, what it consists of, and who it is meant to serve (in this case, everyone).  Most importantly, we needed to understand what arguments and value propositions would change the perceptions of residents who were ambivalent about the safety net or antagonistic toward it.

Message Agency segmented our research and overall strategy into two groups of particular interest:  those who are antagonistic to the Coalition’s objectives and those who are ambivalent about them.  By focusing our efforts on understanding the antagonist and ambivalent perspective, we are able to identify the arguments and thought patterns that must be countered or avoided. Antagonists will not be swayed by facts or logic in the course of one campaign. The ultimate goal is to move as many ambivalent audience members towards support as possible.

From our research, we determined that members of our target audience were more likely to be open about Social Safety Net services when they can connect the services to themselves and their personal needs.  During the pandemic, the conversation about stability and support is more common among this audience than before.  In order to create engagement, it was crucial to frame the Social Safety Net services as a resource for them, not emphasize how it addresses circumstances for other people.  Once trust was established with these target audience members, the public education campaign could start focusing content on advocacy for all, rather than focus on how the Safety Net supports those who need it. 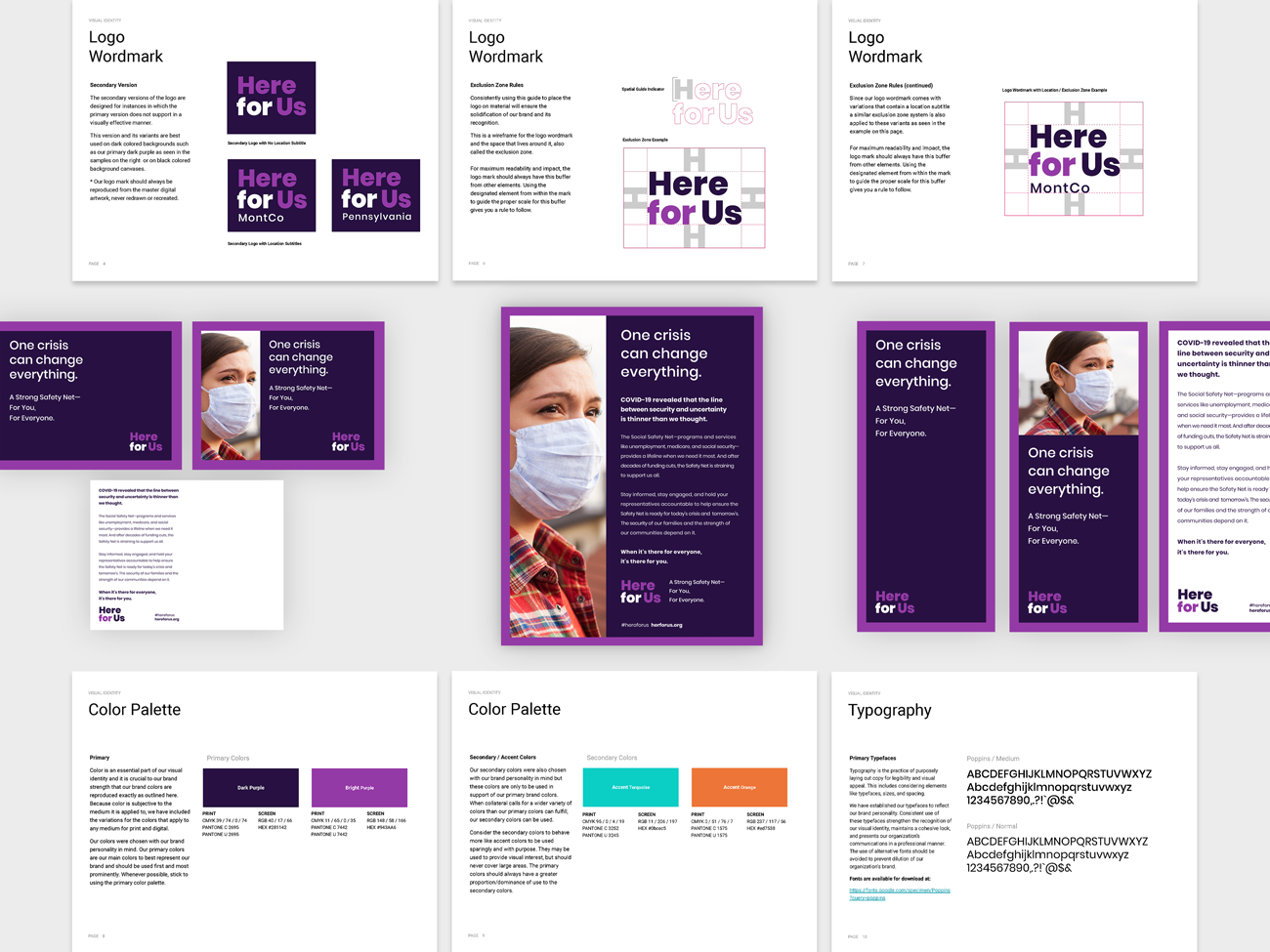